The text appointed for the sermon is taken from the Gospel:

“ For mine eyes have seen thy salvation,  Which thou hast prepared before the face of all people;  A light to lighten the Gentiles, and the glory of thy people Israel.”

Today marks the great feast of the Purification of Mary, which just happens to land on the Fourth Sunday after Epiphany—but this is quite fitting since the feast day matches the general theme or tenor of the season. Epiphany is the season where we remember and meditate upon the various ways Our Lord has appeared to us. The word Epiphany, taken from the Greek, means just that—an appearance or revelation. We know when we read the Gospels the true identity of Jesus from the very beginning, because we have the insider information, but within His life, Jesus’ identity was a constant source of mystery, confusion, and anticipation to all the people around Him, but even to His own disciples. So the Epiphany season helps us to come again to meet Christ, to again come face to face with His true identity.

As the prologue to the Gospel of John has it: A light shines in the darkness. Epiphany season is marked by the initial appearance of Our Lord at his birth, which is why this season comes right after Christmas. The Creator of the universe is swaddled in cloths and laid in a rustic manger as his mother and father look at this wondrous baby who has appeared.

From that beautiful moment within the Holy Family the Gospels go on to show how this special baby was revealed not just to his immediate family but to the whole world. And the readings for the Gospels in the Epiphany season, recount major epiphanies or manifestations from Christ’s life: from his discussion with the doctors in the Temple, to His baptism, to the miracle of turning water into wine, to his prominent healing miracles, to his teachings on the kingdom of God, and finally his teachings His final coming with power and great glory. The season, in effect, walks us through the various ways in which Christ is our Saviour.

What we learn from the lectionary and liturgies of Epiphany is that every manifestation of Jesus is part of his life-saving work. Here is the point I want you to see: we are saved by Christ’s work not just on the Cross, but by every action and move he made. We are saved by his Incarnation when the Holy Spirit descended upon Mary. We are saved by his birth and the beginning of His manifestation. We are saved by the shedding of His blood at His circumcision when he was incorporated into the family of Abraham. We are saved by His naming for now God the Father is glorified when at the Name of Jesus, every knee shall bow (Phil. 2:10-11). We are also saved by His presentation at the Temple: but here lets pause, and look at the Gospel to show more in detail what I mean.

Mary and Joseph took Jesus on the 40th day after his birth to the Temple for two reasons. First, so that Mary could offer a sacrifice on her behalf and second, so they could dedicate Jesus to God since he was a first born son. Mary’s offering was for her purification according to levitical Law. The second reason for their visit to Jerusalem was to dedicate their first born son to the Lord. After the Exodus from Egypt, God ordained that every first male be dedicated to Him. “Sanctify unto me all the firstborn, whatsoever open at the womb among the children of Israel, both of man and a beast: it is mine.” The Hebrews were expected to sacrifice every first born male beast to God, and the dedication of the first born son was also considered to be a living sacrifice to God. The first-born male was set apart by this dedication at the Temple and considered to be the Lord’s. Dedicatino not empty but salvific!

Jesus truly was set apart for the work of God, literally dedicated at the Temple. This has a mystical meaning as well considering that Jesus leads all of humanity on a new Exodus from the Pharaoh of Death, through the waters of baptism and into the Promised Land of eternal life. And while He is the first-born Son of God, He is also the Passover Lamb, dedicated to give His life on behalf of humanity. He is the new Adam, consecrated to offer up His life in order that we might share in His eternal life.

This is exactly what Simeon sees when Mary and Joseph bring their tiny baby boy to the temple for the routine dedication. Luke emphasizes that Simeon was given a special role by the Spirit to witness the Savior. Not only did he receive this prophecy, but the Spirit also led him to the Temple that day to receive the savior of the world into his own arms.

When he does, Simeon offers up a canticle to God and an oracle to Mary. The Nunc Dimittis is one of our greatest canticles and there is good reason why it has become a staple within our Evening Prayer. Simeon shows relief that his duty to wait for the Messiah and herald His coming has finally ended. He has now completed his vocation and there is within these first lines a great sense of relief that the wait is over. “Lord, now lettest thou thy servant depart in peace, according to thy word.” Having dedicated his entire life to the Word of God, he is released now that he holds the Word within his very arms.

And still, for me, Simeon’s next pronouncement is so profound and insightful, that I cannot help but be amazed: “For mine eyes have seen thy salvation, Which thou hast prepared before the face of all people; A light to lighten the Gentiles, and the glory of thy people Israel” (Luk 2:30-32). Simeon knows, unlike so many others in the Gospel accounts, that God’s purpose to redeem the entire world will be fulfilled by this tiny child. Not only will Israel finally gain back the glory of being God’s elected people, but all nations, the Gentiles, will finally be released from the darkness of paganism and brought into the light of the Covenant of Abraham.

Simeon then blesses the child and His parents, and then turns to Mary to deliver his oracle. His glorious first statement is now tempered by two harsh realities. First, Jesus’ presence will bring division in Israel itself, even the fall of many. Second, that division will result in a sword that will pierce Mary’s own soul, which means that Simeon seems to know or have received knowledge that the salvation that God has prepared will lead to Jesus’ own death. But I want to be clear that it is not just Jesus’ death that is our salvation. Rather, it is the life of Christ that is our salvation—a life offered up to His Father. Simeon declares first that he has seen the salvation—meaning that the person of Jesus, there in His arms, is the salvation.

There are many reasons for this, but St. Paul is clear that Jesus Christ had to fulfill the law perfectly throughout his life in order to redeem us from under the law. St. Paul wrote to the Galatians: “Even so we, when we were children, were in bondage under the elements of the world: But when the fulness of the time was come, God sent forth his Son, made of a woman, made under the law, to redeem them that were under the law, that we might receive the adoption of sons.” (Gal. 4:3-5).

Now that we are redeemed from the under the law, we are now adopted sons and daughters of God. Our lives then become part of His life. Paul summarizes that we are baptized into His death so that we may walk in newness of life. We are planted together in the likeness of his death, so that we will also be [in the likeness] of [his] resurrection. (Rom 6:3-5).

This is exactly what Paul writes, again, to the Galatians: “I am crucified with Christ: nevertheless I live; yet not I, but Christ liveth in me: and the life which I now live in the flesh I live by the faith of the Son of God, who loved me, and gave himself for me” (Gal 2:19-20). Christ did give himself for you, continually throughout His whole life, perfectly fulfilling the Law so that we might live in Him.

To conclude, I want to go back to Simeon, who is a great example for us even today.  We, too, like Simeon have been given the Holy Spirit in order to recognize the Saviour. St. John writes: “Hereby know we that we dwell in him, and he in us, because he hath given us of his Spirit. […] Whosoever shall confess that Jesus is the Son of God, God dwelleth in him, and he in God” (1Jo 4:13, 15 ).

And so, like Simeon may we wait in earnest, dedicating ourselves to our Savior and the vocations that he has given us, living our lives within Christ’s life. And then, at our end, may we enter into eternal rest, and enjoy the full vision and beauty of God. 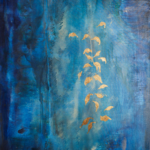 Given via Zoom on March 22 at 2 p.m. “I am the true vine, and my Father is the husbandman. Every branch in me that beareth not fruit he taketh away: and every branch that beareth fruit, he purgeth it, that it may bring forth more fruit. Now ye are clean through the word which […]