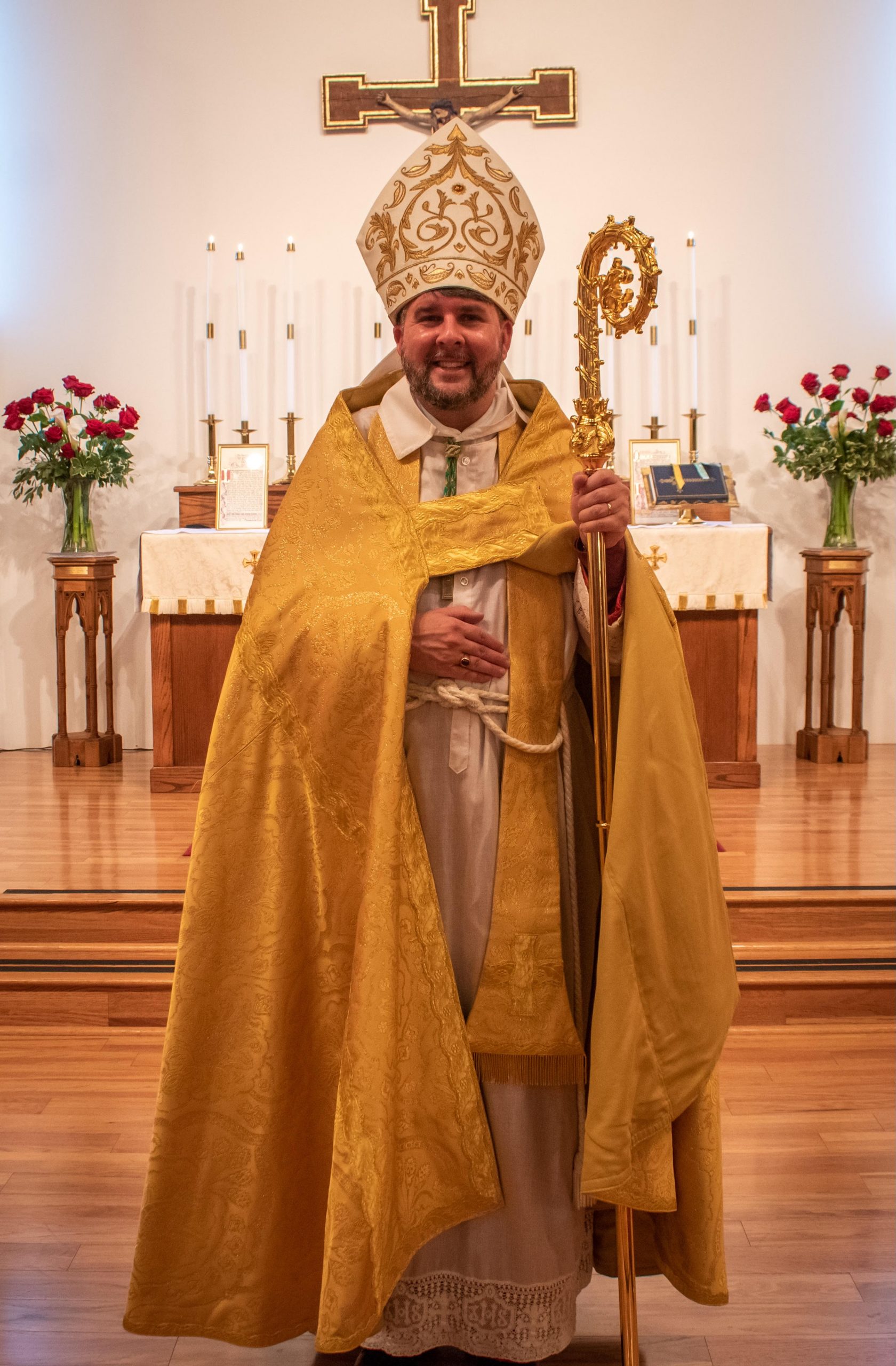 The Most Reverend Chandler Holder Jones SSC is Bishop Ordinary of the Diocese of the Eastern United States and Presiding Bishop of the Anglican Province of America.

A native of Surry County, North Carolina, and a graduate of Emory and Henry College (BA) and Duke University Divinity School (MDiv), with graduate studies at Dominican House of Studies, Washington, DC, he has been priested for twenty-five years and has served congregations in Virginia, Maryland, Florida, and Georgia. He has also studied English literature at Exeter College, University of Oxford, England and Anglican history at the King’s School, Canterbury Cathedral. A convert to the Continuing Anglican Church movement, he has been a Continuing Anglo-Catholic for over thirty years. He was consecrated to the Episcopate as Bishop Suffragan of the Diocese in 2010 and was elected Bishop Coadjutor in 2019. He became Bishop Ordinary of the Diocese and Archbishop of the jurisdiction in July 2021. He has been married for twenty-one years to Megan Baskwill Jones – together they have four children. 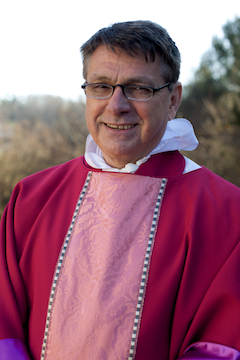 Fr. Spencer along with his wife Ann and daughter Hannah have lived in Charlottesville for 28  years where he has been Rector at All Saints since 1991. He received a Master of Divinity degree in 1991 from Duke University where he studied with Geoffrey Wainwright. After graduating he completed an internship in Clinical Pastoral Education at Duke Medical Center. Fr. Spencer received a BA in Philosophy from Elon University where he studied with John Sullivan and he studied the short story and poetic form with Fred Chappel at UNC-Greensboro. Fr. Spencer takes great joy celebrating the daily mass and reading theology and philosophy especially the works of Fr. Eric Lionel Mascall & Fr. Bernard Lonergan, as well as the poetry of Fr. Gerard Manley Hopkins, T.S. Eliot, William Butler Yeats, & recently Heather Hartley and especially Mary Karr’s Sinners’ Welcome. 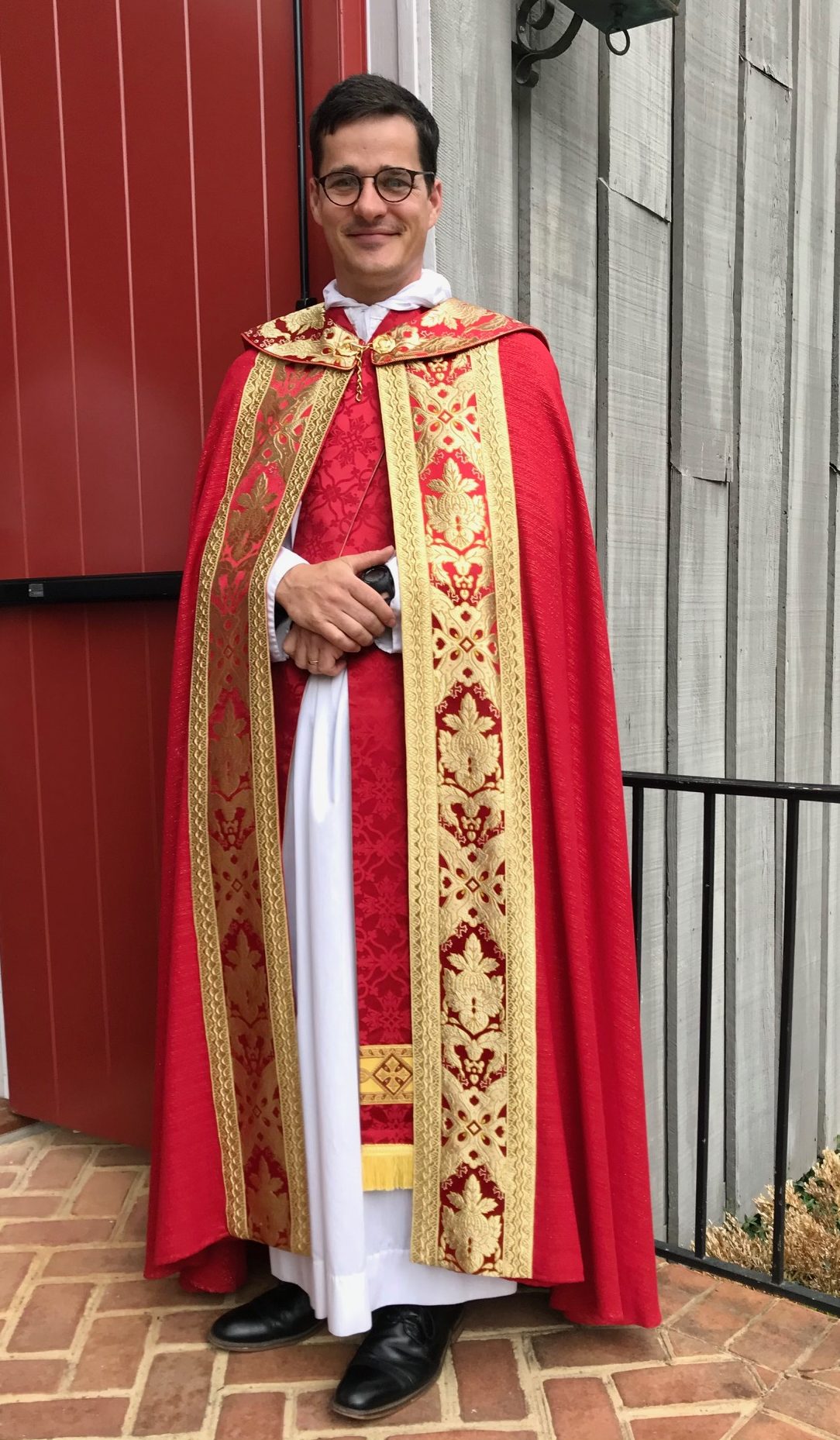 Fr. McDermott and his wife, Julie, have been members of All Saints since 2010. They have four children and live in Charlottesville. He was ordained to the priesthood by Bishop Walter Grundorf on February 24, 2018, being the Feast of St. Matthias, Apostle and Martyr, and has served as curate at All Saints since August 2018. 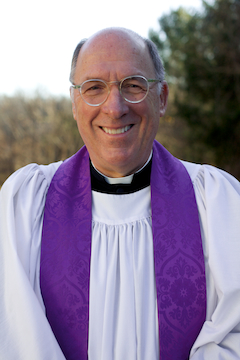 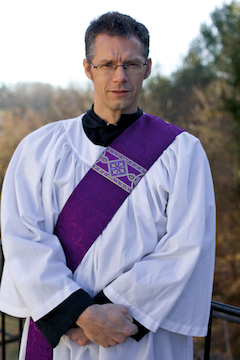 Fr. Gene and his wife Kristen have been members of ASAC since September 1996. They have eight interesting children, an intriguing daughter-in-law, and a marvelous grandson. He was ordained to the diaconate in 2001. So far, Gene has made a living in appliedbiology (infectious diseases, forensics, public health) for government contractors. The Godbolds tend their small plot of wilderness, attempting to make it bloom, in Stanardsville, VA. 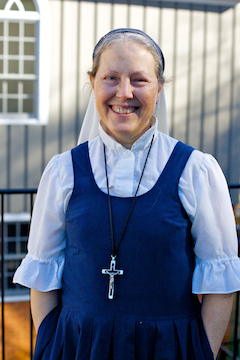 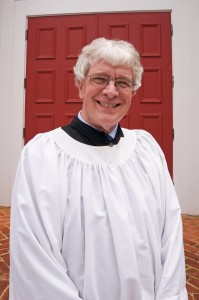 Ken Myers has been singing in church choirs most of his life. His professional work has been dedicated to understanding the interaction of culture and theology. After studying film theory and criticism at the University of Maryland, he worked at National Public Radio as an editor and producer of arts and humanities reporting. He received a masters degree in theology from Westminster Theological Seminary in Philadelphia, and subsequently worked as an editor of two periodicals: Eternity magazine, an evangelical monthly, and This World, the quarterly predecessor to First Things. In 1989, he wrote All God’s Children and Blue Suede Shoes: Christians and Popular Culture.  Since 1993, he has worked as host and producer of the MARS HILL AUDIO Journal. He contributes a regular column on sacred choral music to Touchstone magazine and lectures frequently in churches and colleges. 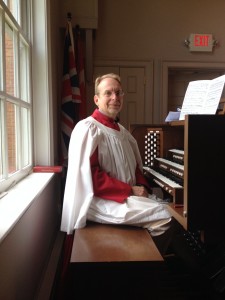 Wallace Hornady has been the organist at All Saints Church since 2012. He lives and works at Woodberry Forest School near Orange, Virginia where he is Chair of the Music Department and Master of Music for St. Andrew’s Chapel. His formation as an organist began in his native Montgomery, Alabama with Dr. Harald Rohlig. He holds a bachelor’s degree in Organ Performance from Belhaven College in Jackson, Mississippi and a master’s degree in Choral Conducting from Westminster Choir College in Princeton, New Jersey. Formerly, he was Associate Music Director of The American Boychoir, also in Princeton. Mr. Hornady has served as organist for churches in the Presbyterian, Disciples of Christ, Baptist, and Anglo-Catholic traditions. 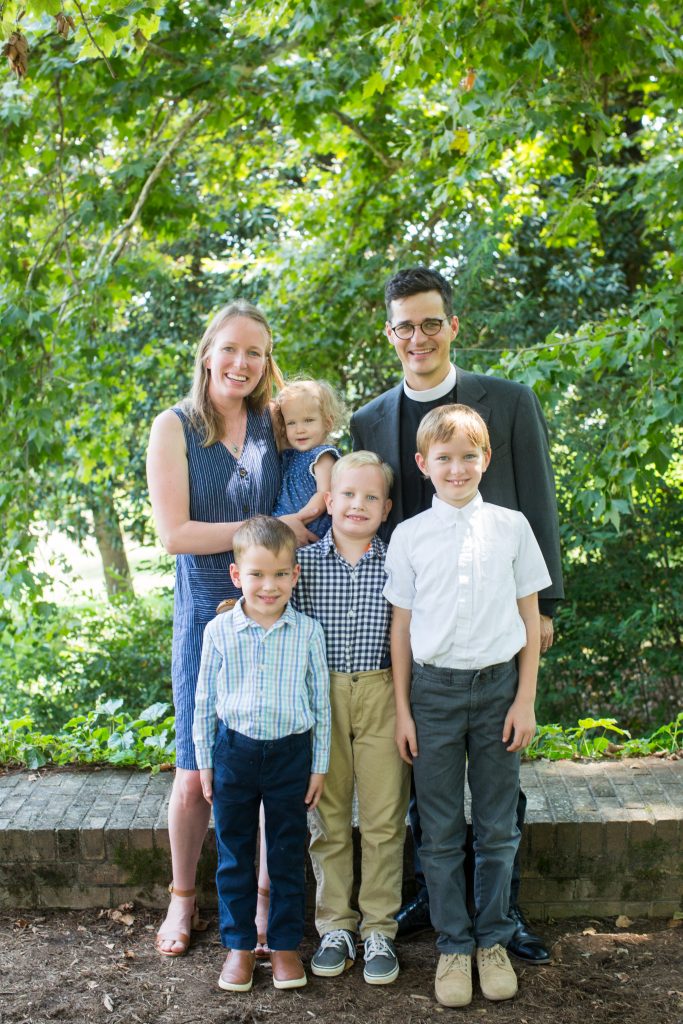 Julie McDermott has served as part-time Parish Administrator since 2012. She lives in Charlottesville with her husband and children.

JESUS said unto his disciples, Now I go my way to him that sent me; and none of you asketh me, Whither goest thou? But because I have said these […]