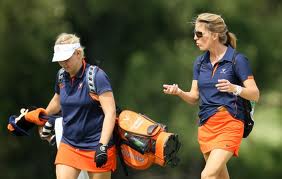 I forgot to mention last night that Fr. John and Kim are in Orlando, Florida this weekend where she will be awarded the LPGA Coach of the Year award at the PGA SHOW. 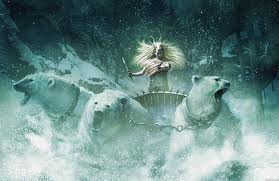 A longish essay, but worth the time.

In the movie Amadeus, Peter Shaffer tells a story about the Seven Deadly sins. The film opens with Antonio Saliari, a mediocre composer, attempting suicide. He is convinced that he has killed Mozart. He tells his story to the priest who visits him in the asylum for the insane. As a young boy he fell in love with music and offered himself, his gifts and his vigor up to God. He prayed that God would make him a great composer of music. That God would use him as an instrument to speak to the world through his music. That Christ would glorify himself through Saliari. “All I every wanted was to sing to God,” he said to the priest. In return he offered to God his chastity and his energy, his complete dedication to his craft. He worked hard. He had some real success in his day. He became Emperor Joseph’s court composer. His music was very popular. Then he met Mozart. He heard him playing for the Archbishop. And he experienced true greatness, true genius. He was stunned. He could not believe his ears. The beauty. The perfection. But he managed to convince himself that it was a fluke, an accident. No one could repeat this exquisite beauty.  Mozart married but he was not careful with money and he wasn’t from a family of wealth. His wife was pregnant and they were in need. There is a remarkable scene in which Mozart’s wife secretly brings samples of his work to Saliari so that he may be considered for a royal appointment. When Saliari looks at the music he is staggered. What he had heard in the Archbishop’s palace was not fortuitous. This music was astounding beyond belief, simply glorious. Here was the very voice of God himself. Absolute Beauty. At this point the camera zooms into Saliari’s face. The face of a man who is alternating between love for the beauty of the music and agony that he was not the creator of the music himself. God had chosen Mozart over him. In the next scene Saliari returns to his room. He removes the Crucifix from the wall. “From now on we are enemies,” he declares to Christ. “Because you are unjust, unfair, unkind, I will block your will.” And with that he tossed the Crucifix onto the burning logs of his fireplace.

In Saliari we see all the wounds that issued from our falleness become a way of life. Traditionally the Church has understood this way of life to be governed by “deadly sins” or “vices.” The first deadly sin is the pride, the sin of the fallen angels, the sin of Satan and the sin of the Adam and Eve: “You shall be as God…” Pride is excessive and inordinate love of one’s self. It is puny man seeking to play God – the creature trying to take the place of the Creator. Pride is the universal Sin of man. The recognition of this Sin is the last thing that natural man desires to admit. He had rather die than admit it. We’ve all known the kind of person who has to be the bride of every wedding and the corpse of every funeral, but it hardly occurs to us that we might be that person. We hate pride in others above all sin because we are so prideful ourselves.