The wounds we have inherited from the Fall have brought about a destructive disharmony in our soul. This disharmony of the soul is not merely a matter of feelings; the wounds of the Fall are not superficial. Our state of being is a state of sin and death (an unresponsive state to God’s truth, goodness, and beauty) that will only become more and more destructive and alienated from God. If we are left to our own devices and ourselves, we are hopelessly doomed to failure. St. Augustine wrote in his Confessions this personal observation that describes such a state of being: “The enemy held fast my will, and had made of it a chain, and had bound me tight with it. For out of the perverse will comes lust, and the service of lust ended in habit, and habit, not resisted, became necessity. By these links, as it were forged together — a hard bondage held me in slavery.”

The first wound is blindness or ignorance, which is our loss of the intellectual capacity to know and form judgments concerning spiritual things. This wound is described by Thomas as “reason having lost its way to the truth.” St. Paul explains: “But the natural man receives not the things of the Spirit of God: for they are foolishness to him: neither can he know them, because they are spiritually discerned. But he that is spiritual judges all things, yet he himself is judged of no man.” (I Corinthians 14:15) As a result of the wound of blindness, man’s conscience is an unreliable and often dormant faculty. We are especially poor in forming correct judgments about ourselves. We quickly judge others, but when it comes to honestly judging our own behavior, intention, and desire, we do a pitiable job.

The second wound, malice, is in the faculty of our will. Thomas describes malice as having lost the inclination to the good. Malice comes from the Latin malum, which means evil. God has made the will of man desiring the good. In itself, our will harkens after the true, the good, and the beautiful, but original sin hinders our ability to realize God’s good intentions for our life. In this vivid passage from Roman 7:14-24, St. Paul dramatizes the doomed struggle of man, unaided by the Holy Spirit, against malice: “For we know that the law is spiritual: but I am carnal, sold under sin. For that which I do I allow not: for what I would, that do I not; but what I hate, that do I. If then I do that which I would not, I consent unto the law that it is good. Now then it is no more I that do it, but sin that dwelleth in me. For I know that in me (that is, in my flesh), dwelleth no good thing: for to will is present with me; but how to perform that which is good I find not. For the good that I would I do not: but the evil which I would not, that I do. Now if I do that I would not, it is no more I that do it, but sin that dwelleth in me. I find then a law, that, when I would do good, evil is present with me. For I delight in the law of God after the inward man: But I see another law in my members, warring against the law of my mind, and bringing me into captivity to the law of sin which is in my members. O wretched man that I am! Who shall deliver me from the body of this death?” The Fall has impaired our will so that when a strong, personal defense against sin is called for, or when we need to make an offense against sin, we falter, and we do not have the strength of will to persevere apart from the grace of God.

The third wound is concupiscence, which is the disordered desire for immediate sensual needs. Notice that the third wound is the “disordered desire,” rather than our “immediate sensual needs.” Most people need sleep, food, drink, and warmth in the winter, clothing, sexual love, and physical exercise all in differing degrees for different people. Some need sleep, sexual love and physical exercise while others live perfectly happy and full lives without them. But it is important to realize that sensual desires are not sinful. Thomas referred to concupiscence as “wounded desire,” It is “desire for the delectable without the restraint of reason.”God has made human beings with the capacity to desire the delectable and the fact of the matter is that Adam and Eve had sensual desires before and after the Fall. The difference they experienced after the Fall was that concupiscence, once a mere need, became their soul’s unrestrained and driving force.

And finally, the fourth wound is weakness, the failure of our will to muster a personal offense against evil. Thomas says that the upshot for the wound of weakness is that our irascible power has lost its aggressiveness toward the difficult. The first two wounds touch upon what used to be called the spiritual faculties: the intelligence and the will. The last two, concupiscence and weakness, touch upon our passions. Life is hard and the good is hard to attain. It requires a lot of energy to lay hold to it. We need strength, but the wound of weakness deprives us of the very powers we need. We are lazy and not inclined to make too many efforts. We want to get everything the easy way and this is a hallmark of original sin: “I want what I want when I want it.”

The Four Wounds are lethal and we are powerless to redeem ourselves from original sin. Try as he may over and over again to reform himself, he will fail, because reformation is not what he needs. Sin breeds more sin and more disorder and we end up, as the BCP puts it, “tied and bound with the chain of our sins” (BCP p.63). But even in this condition human nature itself is not essentially corrupt, but profoundly wounded by suffering the loss of the supernatural gift of the Holy Spirit, who animated and unified Adam’s powers and faculties in a free and godly harmony. Instead of the love of God, which is true reason, ruling from the center of our being and uniting our faculties around that one great love, we now have “self,” and thus, concupiscence at the center. But in Holy Baptism we receive the gift of the Holy Spirit and we are infused with the Heavenly Virtues of Faith, Hope, and Charity and thus we are equipped to begin a reversal of the Fall as the wounds are cleansed and healed through the grace given to Holy Mother Church.

Fasting is ancient, Christian, and required of all confirmed members of the Anglican Church, being an intentional discipline of one’s appetites for the sake of self-mastery and greater acts of devotion to God in prayer and good works. The Church is specific as to the time and manner:

1. All Fridays of the year, in commemoration of our Lord’s Passion, and Ash Wednesday require both fasting and abstinence.

2. Abstinence means that no meat should be eaten. Meat has traditionally been understood to be the flesh of mammals or fowl. Traditionally fish are permitted. Foods derived from animals like milk, cheese, butter, and eggs are permitted. Children, infirm folk, pregnant or nursing mothers, manual labors, as well as guests at meals are excluded from abstinence. Otherwise one must use one’s own judgment or consult a priest to determine what is appropriate in your particular case.

3. The Forty Days of Lent, as well as the Ember Days of the Four Seasons require fasting. Fasting means that one eats one full meal in order to maintain one’s strength and health and two smaller meals during the day. Once again fasting should be adjusted to one’s duties, recreation, and one’s physical state in life.

4. Snacking in between meals breaks the fast, therefore snacking should be eliminated during fasts. Alcohol does not break a fast, but alcohol seems contrary to the very spirit of fasting and penance.

5. The point is not to harm one’s self but to take control of one’s appetites rather than permitting one’s appetites to control one’s self. But any deprivation of a good that hinders one from carrying out one’s office, duties, in whatever state of life one inhabits is contrary to the will of God. 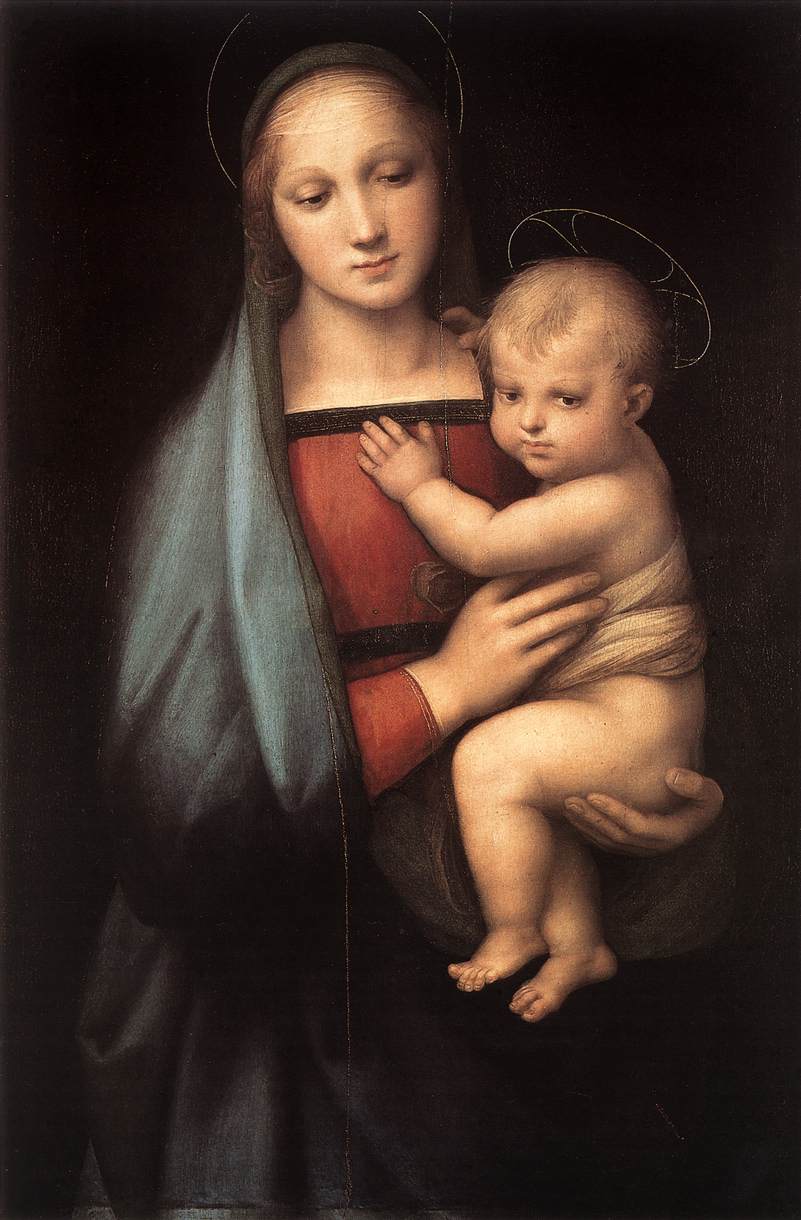 The Rule of Life the Church Provides for her Children

1. Make your Communion every Sunday.

2. Say your prayers every day. (Use the Daily Office that begins on p. 3 of the BCP or the Form of Prayers to be Used In Families on p. 587 of the BCP, but always remember to use A Prayer for the Clergy and People found on p. 18. And remember that you can always consult me on any matter.)

3. Keep the fast required by the Church in Lent and all Fridays of the year.

4. Avail yourself of the comfort of auricular, private Confession for the sake of “a quite conscience” and “full trust in God’s mercy.” (Speak to Fr. Glenn for instruction.)

5. Find a way to serve others and share your prayers, your presence and your purse.

Determine by the grace of Jesus our Lord to examine yourself before bed to determine that you have faithfully followed your rule. Give thanks to God for his assistance and mercy and pray for peaceful sleep. Thank God upon waking in the morning for the gift of a new day and pray for his assistance and mercy to faithfully live according to the Church’s rule.

All of you be subject one to another, and be clothed with humility:  for God resisteth the proud, and giveth grace to the humble. Humble yourselves there under the mighty […]