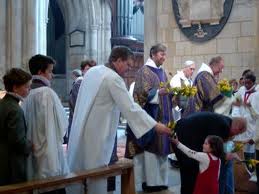 Mothering Sunday is celebrated throughout Europe on the Fourth Sunday in Lent. In the 16th Century Catholics returned to the “Mother Church” which was more often than not the Cathedral. Mothering Sunday became the occasion when domestic servants in England and Europe were given the day off so they could visit their mother Church along with their own mothers and other family members. After attending the Holy Communion they would clean their family graves and children would pick wild flowers that were given to their mothers and in some cases placed on family graves. Theologically the tone for the feast is set by the Epistle: Galatians 4:21 where the contrast between the earthly “Jerusalem which now is and is in bondage with her children” and “the Jerusalem which is above (and) is free and is the mother of us all.” Mothering Sunday is also referred to as Rose Sunday, Pudding Pie Sunday and Simnel Sunday. The name Simnel Sunday comes from the tradition of baking Simnel cakes marking a pause in one’s Lenten vows. As traditional Anglo Catholics we celebrate in Rose vestments with flowers on the Altar. It is also a tradition at All Saints to give flowers to all the women of the parish. Below are a few recipes for the Simnel Cake for those of you who might want to provide some for us this coming Sunday. Just click on the link! 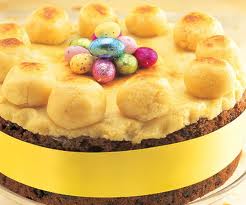