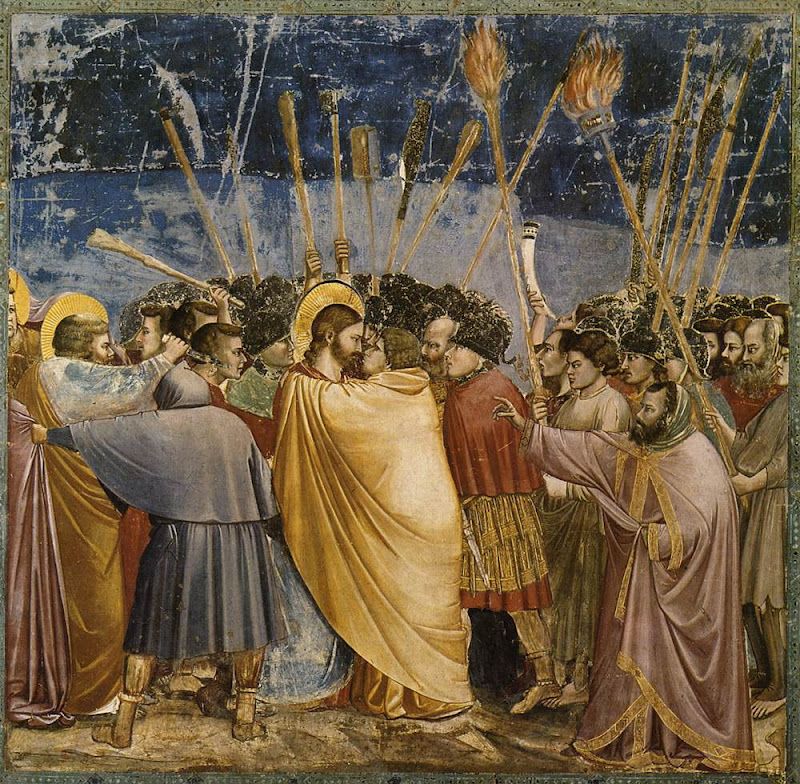 “Jesus said, Which of you convinceth me of sin? And if I say the truth, why do ye not believe me? He that is of God heareth God’s words: ye therefore hear them not because ye are not of God.”

We have now moved from a synagogue in Capernaum in Chapter 6 to the Temple in Jerusalem in Chapters 7 and 8. Chapters 7 and 8 are both taken up with Jesus teaching, healing, forgiving, and generally, intentionally provoking the Pharisees to their wits’ end. Both of these chapters are full of public insults. They are all bristling – including Jesus. It almost looks like he went there to pick a fight. The Pharisees accused Jesus of being untruthful concerning his purposes and untruthful concerning his parentage:

In so many words they were saying:

“Where is this Father you continue to talk about? Go get your Father. Given your mother’s reputation, do you even know who he is?”

“I am from above,” Jesus declares, “You are from beneath… I know my Father and I do always the things that are pleasing to him… I speak what I have seen with my Father; you do the things you have heard from your father.”

“Our father is Abraham,” the Pharisees said.

“Your father is the devil,” Jesus said.

“Who are you pretending to be,” the Pharisees said.

Well, there you have a sampling of Chapters 7 and 8. Not exactly the “soft answers that turneth away wrath.” What is going on?

In order to understand this text of Scripture, I want to suggest that we approach it from the point of view of what some call the “implied reader.” What does that mean? Who is the “implied reader?” Try to imagine those little parishes scattered around Asia Minor that John planted. Among these churches would be Sardis, Thyatira, Pergamum, Smyrna, Ephesus, Laodicea, and Philadelphia. You should recognize these city parishes from the Book of Revelation. Here is the “implied reader” of the text. Only by passing over to the point-of-view of the “implied reader” may one hope to understand this text. But that should not be hard for you – the Seven Churches of Asia do not exhaust the identity of the “implied reader.” Do you know why? Because you are to be identified as the “implied reader” of this text as well as the Churches John established. Why? Because you share in the same Baptism and you share the same Spiritual Drink as they, we worship the same resurrected Lord Jesus as our God just as they did then. We have the advantage that they bow before the heavenly Throne of the Grace lifting up prayers on our behalf so that we might rightly divide the Word of Truth, because it is the Truth that will set you free. Therefore the great “implied reader” of this text and all other texts of Scripture is none other than the Bride of Christ, Holy Mother Church, the Household of the Faith, the Ark of Safety – a People, a Holy Nation raised up by the grace of Jesus Christ. Just like the Ephesians and the Laodiceans and the Philadelphians back in John’s salad days, we have been baptized in the Name of the Father, the Son and the Holy Ghost and we, just like these first churchmen, are anointed and inspired and filled with the Holy Spirit. And just because of that, indeed only because of that, we can read, mark, learn and inwardly digest the saving divine reality of which these texts speak.

The Pharisees in this account are not “implied readers” and neither is Israel:

“He that is of God (born of God) heareth God’s words: ye therefore hear them not because ye are not of God.”

The Roman Empire, the United States of America, the World, the Religion Departments of UVA or Duke Divinity School or any other school are not “implied readers” of Scripture. This is our Text, our Scripture – it was written for us, with us in mind – and we know that God speaks to us, his own children, and we are competent readers and hearers because we are of God, born of God by grace.

So, that being the case, all you “implied readers” and hearers, have confidence and listen to me as we get back to the Gospel for Passion Sunday. This is all for you! Our text today presents us with a picture of Christ full of passion – passion for the Truth, passion for obedience to his Father, and passion for liberation from sin for his people. Because we are “implied readers” we already know our Lord is capable of great passion. We remember him being incensed by the turning of his Father’s house into a den of thieves and how he dealt with it. And here he is incensed by a culture of lies that has been embedded in Israel. You can almost see Jesus bristle when they speak:

“We were not born of fornication; we have one Father, even God.”

Does it worry you that Jesus experiences such passion? It ought not. In verse 40 he says to the Pharisees:

“But now you seek to kill me, just because I am a man that told you the truth, which I heard from God…”

Jesus is a man. The word Jesus used is “anthropos.” “I am a man.” He is a man who is passible – a man experiences passion. But Jesus did not experience passion and emotion as we do because we are more often than not controlled by our feelings, led from the path of righteousness by passion, stirred up to war and violence by fear and enmity. Why? Because of Original Sin. One of the Wounds of the Fall is the priority and peril that the passions have in our life after the Fall. But Jesus was without sin. Standing in the Temple was the Light of the World; all that is pleasing to God was standing there in the flesh. He was not led by his passions but he used his very human passions to strengthen himself for doing the will of God. Adam and Eve could have become angry, incensed at the devil for questioning the honor of God, but they did not. You may become angry at the sin that works its way into your life. You may use that passion as strength. This is a godly use of passion. But it is very dangerous for us; passions can take on a life of their own – for us. But not for our Lord who always did what pleased his Father.

Jesus said, “Which of you convinceth me of sin?”

It is surprising to me that the Pharisees were unable to bring up one of their many complaints against him, but they do not. Rather they began to accuse him of being a Samaritan (a non-Jew) possessed of a demon. Once again they demonstrate to us that they cannot hear the word of God. Jesus ask them:

“Why do you not believe me?”

We know why; they are not born of God and therefore they do not believe him. Jesus stands there as the concrete, incarnated, realized righteousness of God. In him righteousness and truth meet for the salvation of man. Murder and falsehood are united in the devil for our destruction. Righteousness has its origin in truth, while sin is generated from falsehood. Jesus, with full confidence in his Father, challenges them to uncover any moral blemish in his life or words. Their inability to put their finger on sin in Jesus ought to lead them to recognize the truth of his claim to be the Son of God, but it does not. The formal declaration of the sinlessness of Jesus in the Gospel reflects our personal experience of confidence that we have learned to place in him:

“You know that he appeared to take away sins and in him there is no sin. No one who abides in him continues in sin; no one who practices sin has either seen him or known him.”

True Christian piety originates in the sinless life of Jesus Christ and grows in love and service by keeping, by abiding in his Word. But the recognition of the sinlessness of Jesus is possible only through our spiritual rebirth and our incorporation into the spiritual community, which is the Witness, the Keeper and Guardian of the record of his life and teaching. We keep his word, his saying in worship and life.

“Verily, verily I say unto you, If a man keep my saying, he shall never see death.”

Here again the Pharisees are only capable of taking his words in the most literal, material manner.

“Your father Abraham rejoiced to see my day; and he saw it, and was glad.”

Since the Pharisees are unregenerate they cannot understand spiritual things and therefore when our Lord speaks of eternal life, which lies in our incorporation into his divine life, they go right back to a literal, material understanding. “Abraham and the prophets are dead,” they reason. “Who are you pretending to be?” And when our Lord declared Abraham’s joy upon seeing his day, the Pharisees crunched the numbers. “Have you seen Abraham? He has been dead for centuries and your are not even fifty years old.”

Then we have the conclusion of this discourse:

“Verily, verily, I say unto you, Before Abraham was, I am.”

Jesus is not claiming mere pre-existence before Abraham. If that were the case he would have said:

“Before Abraham came into being, I was.”

That would mean that the Son of God came into being at some point, but that is not what Jesus said:

“Before Abraham was, I am.”

Jesus is not merely antecedent to Abraham, he is God and his Being has no beginning. He is the I AM of the Old Testament. The Jews understood his claim and they tried to kill him. They understood, but they did not believe him. The Temple was still under construction and fragments of rocks littered the grounds. The Jews bent down to pick up stones but when they rose up they could not see Jesus. The final irony in this chapter is that they are indeed blind. The last words of the text are:
“(He) went out of the Temple.”

The God of Israel was made Flesh to liberate his people from sin. “He came unto his own and his own received him not.” Jesus “went out of the Temple.” The Glory hath departed.