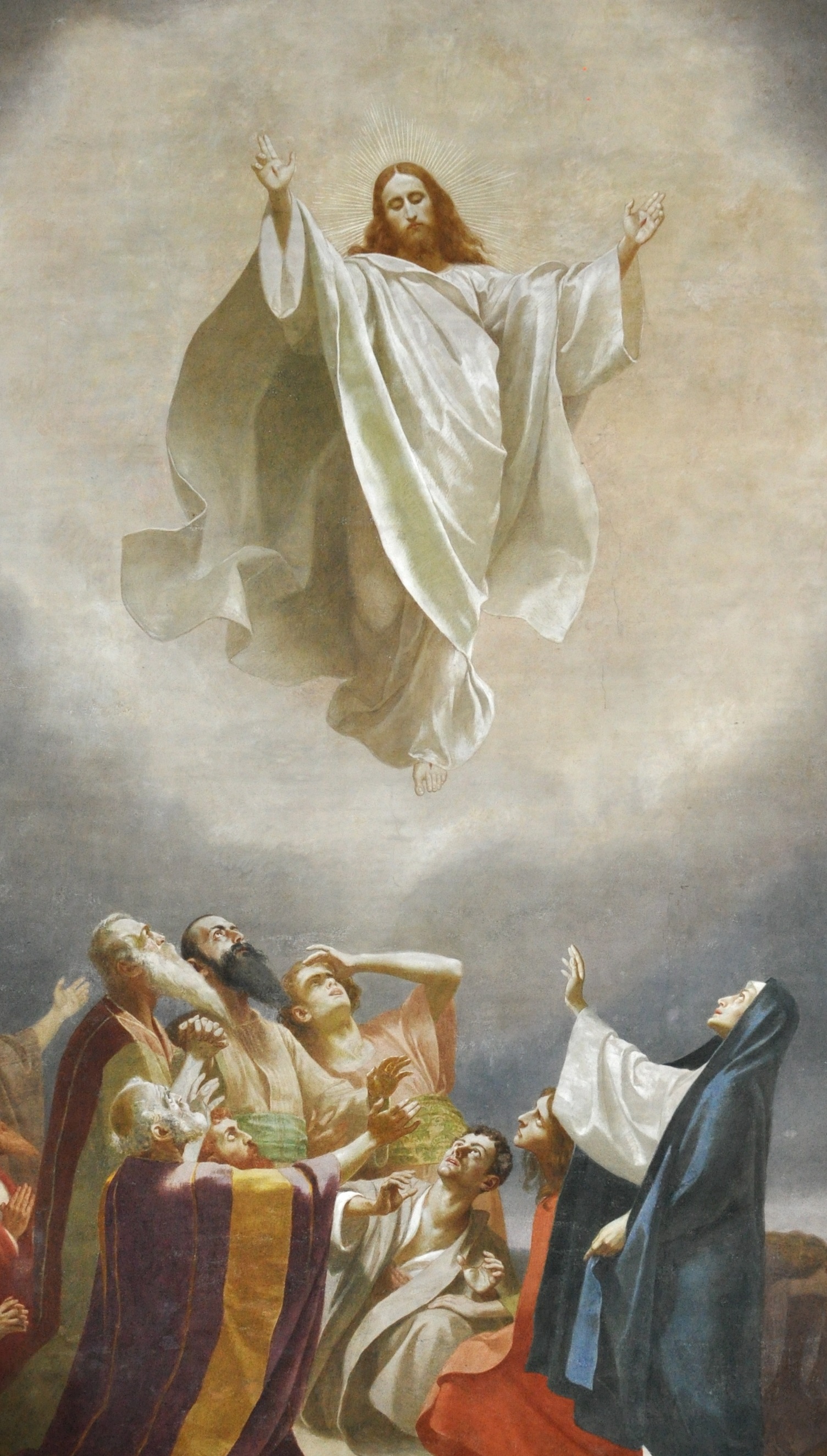 The end of all things is at hand: be ye therefore sober, and watch unto prayer.” I Peter 4:7-8

“They shall put you out of the synagogues: yea, the time cometh that whosoever killeth you will think that he doeth God service. And these things they shall do unto you because they have not know the Father, nor me.” John 16: 2-3

“by which he has granted to us his precious and very great promises, so that through them you may become partakers of the divine nature…”  II Peter 1:4

Peter’s declaration “The end of all things is at hand,” means that we are on the verge of reaching the intended goal, not of individual things but the whole matter is at hand. The word “end” that Peter uses here is the Greek word “telos” and if you bring to mind the old fashioned sailor who would stand on deck with his telescope extending one section after another till he has achieved its greatest strength, the end, which is the perfection, the purpose, the finality of the telescope, then you get the idea. The “telos” is the final cause of a thing — its ultimate purpose. So one meaning of Peter’s declaration that, “the end of all things is at hand,” is that God’s finality for the cosmos as a whole has come into focus and the Apostles have grasped the final cause of the whole of creation.

Furthermore, it is also true that the word “telos” means “the end,” or “fini” as in finished or done. Our Lord used such a form the word “telos” when he spoke his last word from the Cross: “It is finished.” But I submit to you that both meanings of the word come together within the Church’s horizon: the meaning of all things, the purpose of all creation, the finality of the whole creation has been revealed to the Church in the Resurrection & Ascension of our Lord Jesus Christ. And furthermore all of creation, all of nature, visible and invisible, is moving toward that conclusion. Grace is well into the process of perfecting of nature.

The visible and the invisible aspects of our Lord’s humanity — his material body of flesh identified by the scars of the Cross, the tone of his voice, his personality, his love for his Father, as well as his love for the world of men and things and especially his love for his Bride the Church — all that is manifested after his resurrection and all that declares the end, the finality of all things — visible and invisible, the seen and the unseen.   I intend to apply the Ascension to our study of God’s finality for man which is deification.

Remember: deification is supernatural, but not unnatural for humanity. And also recall that deification is effected through our participation in the divine life or as Peter put it:

“by which he has granted to us his precious and very great promises, so that through them you may become partakers of the divine nature…”  II Peter 1:4

You might think that I have the terms backward, that becoming logically precedes being, that things somehow grow into being — but that is not the case from a Christian standpoint. From within the Christian horizon our being comes first as a pure gift. There is no reason in the world for anything to exist  rather than nothing, apart from God desiring things to exist. The things that exist in creation are not eternal by nature. Everything that exists had a beginning, except God the Blessed Trinity who is without beginning.

Furthermore, there is no reason for you or I to exist except that God desires us to exist. There is no mechanism at work in the universe that, out of necessity, brought you into existence. There is not some mechanistic determinism at work in the universe that  brought forth non-sentient matter, energy, and time, and then mechanically brought forth sentient material, and then of necessity brought forth sentient & conscious organisms, and then of necessity brought forth human beings who have the ability to look back at all this in search of its intelligibility, and then somehow, of necessity, you sprang forth as the person you are. No, that is not correct. You are not here out of mechanical necessity, but rather you are here as pure gift. All things, all being, as well as your own existence is a pure gift from the God who is God. You are because he desires you to be and he loves you.  God loves what he has created. Being ends in becoming, not annihilation. That we know to be the case because of the Resurrection.

But the matter does not end with resurrection, unless we take resurrection the way a naive empiricist would take it, which would be merely returning to life as it was before death — that’s all. And if that is what Jesus’ resurrection is then there would be nothing remarkable about it because people had returned to life before. Lazarus returned to life when Christ called him out of the tomb. But retuning to life as it is only means that we must die again. That is not good news. And even if it were possible to return — even if after dying again and again and again we, in some manner, returned to life again and again and again, we would return to the same old life. Eventually, like the Eastern religions rightly teach, a life that is tied to an eternal wheel of life, death, and rebirth is just another version of hell and that would make annihilation highly desirable. Nothingness would at least put an end to the whole terrible cycle. But that is not reality.

Here is another matter to take from Peter’s declaration: Christians do not believe that we really know anything without knowing God’s finality, not only for the object we wish to know, but for the whole creation. Reality is grasped from within a Christian horizon that has been formed by our Lord’s Resurrection and Ascension. And it is his Ascension especially that shows God’s final cause for all things — a finality known through Mary, the Mother of God.

All this is really real for us because we have “become partakers of the divine nature…” The Apostles insist that the children of God truly participate in the life and the love of the Father by going through his creation. Our participation in the divine nature requires that we first, participate in Jesus’ humanity and through our participation in Jesus’ humanity, we participate in his divinity because the divine and human natures of our Lord are in union through his eternal, divine, Person. It is absolutely of first importance that we understand and that we declare that Jesus’ flesh is flesh of his Mother because that means absolutely that his flesh is the very same flesh and humanity that we all share. In this manner, the Ascension defines the Resurrection for the Church — our Lord’s human nature has been perfected in his resurrection & fitted for Heaven and shown to be reality in his Ascension.

This reality constitutes the Church’s horizon. But it is a horizon. What is a horizon? It is that distant place in front of us where sky and earth seem to meet, and there our vision ends. We cannot see beyond the skyline. We do not know what is beyond our horizon. The Apostles spoke of the limitation of our vision and understanding; though always living with our limitations through the heavenly virtues of faith, hope, and love:

“For now we see through a glass, darkly; but then face to face: now I know in part; but then shall I know even as also I am known. And now abideth faith, hope, charity, these three; but the greatest of these is charity.” I Corinthians 13:12 & 13

And again, speaking as it were with one Apostolic voice, St. John declares:

The Bride of Christ does not fear non-being, because Christ has ascended to the far side our horizon, beyond the limit of our vision, into the abode of Angels, into the bosom of his Father, and he has done so, not by taking the nature of angels, but as real, true man. “It doth not yet appear what we shall be,” but we shall be human beings deified and perfectly fitted to be with Jesus. Being ends in becoming, an everlasting breaking into blossom. And one last point:

“They shall put you out of the synagogues: yea, the time cometh that whosoever killeth you will think that he doeth God service. And these things they shall do unto you because they have not know the Father, nor me.”

One way to grasp how profound a difference, how great the wedge is between the Church and the World, is the meaning of the word “sarx,” which we translate as “flesh,” in the New Testament. But the word “flesh” means two very different things in the Bible. First it means our humanity and it is the word used in the Gospel of John where it says, “The Word became Flesh.” But the very same word is used by Jesus and his Apostles to mean “mere flesh,” that is “flesh that is no more than flesh.” “Flesh that is no more than flesh,” forms the very core of naive empiricism. Flesh is enchanting because flesh is good and it is immediate; right here in our bodies, and right there in front of us, real, sensual, tangible, and substantial. It is the comforting touch of a loved one, the thrill of the kiss, the music of the human voice, the luxury of a little money in the bank, a new pair of shoes, the car you love to drive, the book I love to hold, my country, my street, my home, my family — all this is very fleshy, very good, and very enchanting. And for a naive empiricist, who takes himself or herself to be a “realist,” that all there is to life. Nevertheless, because life is but a span, its beauty is consumed quickly, and “like a moth fretting a garment,” it withers, decays, dies and rots, and naive empiricists, who know neither the Father nor the Son, see nothing else. They believe that this life is the only reality there is, the only heaven there is, right here, right now and in the end it all pointless, empty, vanity. And because death will take it all away sooner or later, naive empiricists live in fear of death their whole life.

Today, all this talk about God’s finality for men and things is not even permitted to enter into serious discussions in other communities we inhabit. In the world of the naive empiricist death swallows up life, annihilation replaces final cause. For the naive empiricists, Peter’s phrase, “The end of all things is at hand…” only means that life is short and mean. But naive empiricists are out of touch with reality.

This is reality: our human nature, material body and all, visible and invisible, that once hung upon the Cross, is participating in the life of God the blessed Trinity. That is reality. And Jesus graphically demonstrated that reality when he ascended to his Father, body and all, his humanity knitted eternally to the divine Word of the Father and made visible for his Apostles: grace perfecting human nature.