Turn thou us, O good Lord, and so shall we be turned. Be favorable, O Lord, be favorable to thy people, who turn to thee in weeping, fasting, and praying. For thou are a merciful God, full of compassion, long-suffering, and of great pity. Thou sparest when we deserve punishment and in thy wrath thinkest upon mercy. Spare thy people, good Lord, spare them, and let not thine heritage be brought to confusion. Hear us, O Lord, for thy mercy is great and after the multitude of thy mercies look upon us; through the merits and mediation of thy blessed Son, Jesus Christ our Lord. Amen. 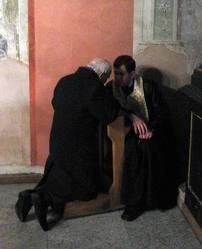 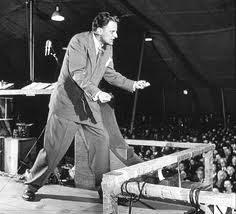 I googled the words born again, and came up with 5,730,000 books on the subject and 57,100,000 other references in .043 seconds. A lot of trees and a lot of ink were used up on those books and mostly to communicate error on the subject. But this isn’t new. In his confirmation text Faith and Practice, Bishop Frank Wilson cites a book titled Twice-Born Men that told the stories of conversions achieved in the Salvation Army. Bishop Wilson’s book was published in 1939, but the misuse of the term born again or regeneration is much older than that. It really goes back to the Puritans, but it picked up speed and distortion with the revivalist movements in England and in this country, especially with what is called the Second Great Awakening (1825-1835) led by the 2nd president of Oberlin College Charles Finney. Then in the 1950s the great revivals of Billy Graham popularized the term born again and defined it as the moment a person “accepted Jesus as one’s personal savior.” Thus the biblical and ecclesiastical belief that God acts through the objective means of grace in baptism was replaced by the subjective experience of the individual person. There is no guarantee that what Billy Graham was actually witnessing was regeneration. Our Lord’s promise is that baptism in the Name of the Blessed Trinity is the instrument of regeneration. Folks back in the 1950s during the Billy Graham revivals and probably even more so today have confused conversion with regeneration.

One place where we see this mistake made is in response to the baptism passages in the New Testament like the one from John 3:5-7. Some people believe that the baptism spoken of by Christ and his apostles is simply a metaphor for an internal conversion experience. They will offer that the “baptism that saves” (I Peter 3:21) is a spiritual baptism, an internal experience of personal conversion toward Christ and away from sin. They will claim that the washing of water does not refer to literal water, but to the change that Christ spiritually brings to our hearts when we accept him as our personal Savior and are born again. Yet such interpretations ignore both the plain language of Scripture and the universal, uncontroverted practice of the early Church. There we find that baptism is not merely a symbol of an inward change. Instead it is a material act performed by Christ to which the Triune God has bound himself. It effects both an inward and an outward change, making the recipient a child of God, grafting him into the Church and into the arms of Christ, reordering his faculties, and endowing him with supernatural grace. All of this is brought about, proclaim both Scripture and the Church fathers, by Christ through the material creature of water and Christ’s words of institution in the sacrament of Holy Baptism.

We can be certain that we are “members one of another,” members of the Body of Christ, not by works of righteousness that we have done, but through his unmerited grace which we have received through the sacrament of Holy Baptism. And by virtue of the grace of God at work in us – the new birth – through the instrument of Holy Baptism, we can say the Lord’s Prayer in Spirit and in truth because God has become our Father. So when the Celebrant turns and addresses the Church and calls us to a unity of purpose in our worship of God the Blessed Trinity, we can actually perform that loving duty. Before our baptism we were not “a people,” but after our baptism we are “Christ’s people.” Before our baptism we were not children of God, but through Holy Baptism we have been born as God’s children and joint-heirs with Christ our Elder Brother. 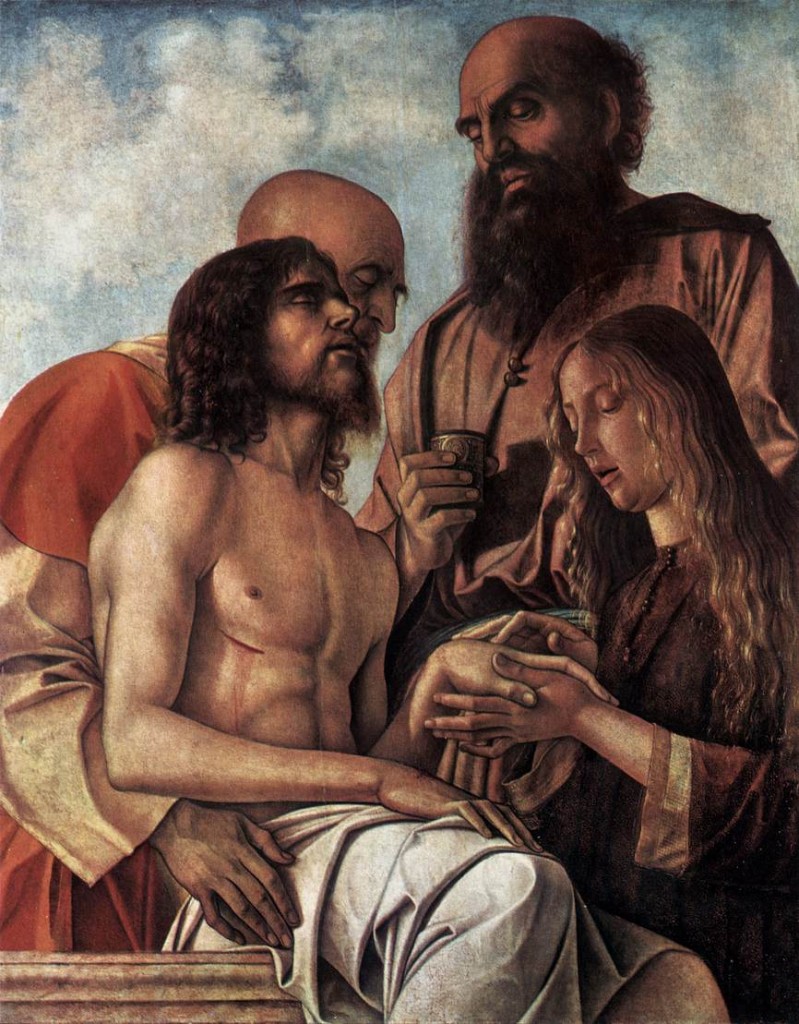 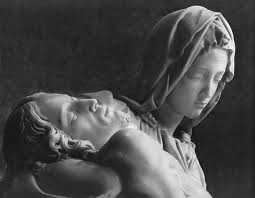