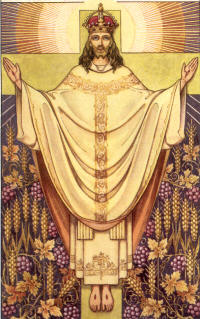 A Bride, A Mother, A Home and a Hearth

According to the Church Fathers one can only have God as Father by having the Church as Mother. As our Mother she makes a home for us, which, by the grace of God, is “a haven of blessing and of peace (BCP 303).” Holy Mother Church has received gifts and grace from God for the realization of her vocation. She is to preserve and administer those means of grace to her children for their health and wholeness. The greatest of these gifts are the Holy Scriptures and the Sacraments. She is obliged to oversee their use in the right ordering of her household. This is why the old Church Fathers believed there is no salvation outside the Church: Holy Mother Church has custody of the Word of God written and the life-giving Sacraments. They are God-given gifts and privileges intended for the nurturing of her children.

It may be wise for us to exercise some humility on this issue and admit that though we know the Church and her graces given by God to be his sure and certain means of grace, we do not know if and where his grace is entirely absent. We do not know where God’s grace ends. We do not know what we do not know. We do know by God’s own word that the Church is endowed with invisible privileges of grace and it is her mission and glory to be the dispenser of those graces. However if God is of a mind to save people in some manner other than we know to be true and sure, that is strictly his business and not our own. But at the same time we must say that it is the obligation of the Church to proclaim what God has promised. Speculating about possible other means of salvation is not the Church’s mission in the world. When one is on one’s deathbed possibilities or probabilities are cold comfort to say the least.

What we know to be sure is that Holy Mother Church provides a home. She sits with her children gathered around her, the Bible opened upon her lap, and she instructs her offspring in God’s great promises. She also provides a hearth that her children gather around to warm them by the life-giving fire of the Holy Spirit. The home’s hearth used to be representative of the household economy of the family that was under the custody of the Mother. By means of the household economy, understood to include but also in a wider sense than the family budget, the Mother maintained the good order of family life. Fire warmed the family on cold days. Food was prepared at the hearth and the family used to gather there for study, reading, and fellowship. All of this is metaphorical for how Holy Mother Church arranges the common life of her children for their well being which issues in the glory of God. “This is a great mystery: but I speak concerning Christ and the church.” The means of her holy order are the Gospel Sacraments of Baptism and the Eucharist, as well as the five lesser sacraments of Confirmation, Penance, Holy Orders, Holy Matrimony and Unction. Sacraments and gospel preaching are not mere beliefs, but real means of grace and a way of life that we appropriate by way of the rites and liturgies of the Book of Common Prayer that enable us to worship God Almighty in Spirit and in truth. 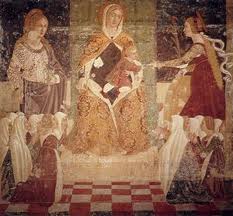