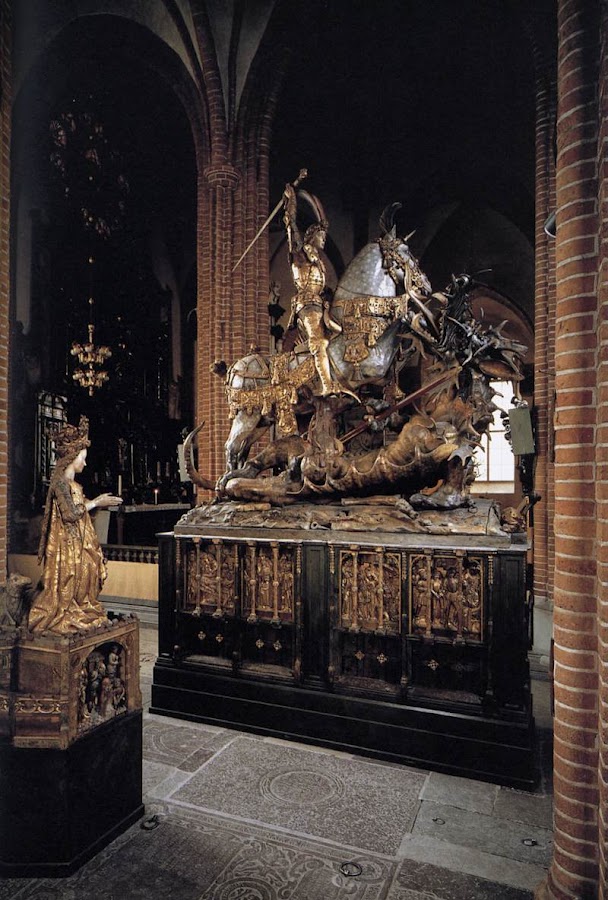 According to tradition St. George was a Roman soldier from Syria Palaestina and a guard of Diocletian who was martyred during that emperor’s persecution of the Church. He is venerated in the Anglican Church, the Roman Catholic Church, the Eastern Orthodox Church and the Oriental Orthodox Church. He is regarded as the most prominent military saint. He was likely born into a Christian noble family around 275 AD and he was martyred on April 23, 303 for being a Christian. St. George presented in icons as the dragon slayer. The general iconographic interpretation is that the dragon represents both Satan and the Roman Empire. Within ten years of his George’s death, Constantine the Great issued the Edict of Milan putting an end to the persecution of the Church.

+ Daily Mass at 12:15 p.m. Please take an All Saints parish prayer list home with you & remember your fellow parishioners in your prayers!