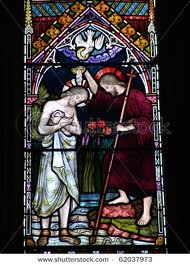 + All Saints Men’s Group meets Tuesday morning at 7:00 AM

+ Wednesday Agape Meal and Christian Ed – Wednesday. The Agape is served 5:45-6:30 PM. Christian education for all age groups from 6:30-7:15 PM. The menu this Wednesday is Ginger Chicken, Rice, Steamed Broccoli, and Fruit!

William Laud was Archbishop of Canterbury 1633-1645, one of the most violent periods in the English Church and it culminated in the English Civil War. The Archbishop made enemies chiefly in three ways. (1) He punished those who attacked the Church, both those who vandalized and those who confined themselves to verbal abuse. (2) He upheld various customs in public worship (such as the wearing of the surplice) that were harmless in themselves, but which aroused the suspicion and fury of those who feared a return to power of Roman Catholicism. (3) He sought the financial independence of the clergy, so that a preacher was not dependent on what support the local squire was pleased to give him. An example is the surplice controversy. You may have encountered Christians who are opposed to celebrating Christmas on the grounds that (a) the Bible nowhere commands us to celebrate Christmas, and does not mention the 25th of December; and (b) the pagans had a festival in December at which they built fires and feasted and exchanged gifts, from which it follows that those who celebrate Christmas are participating in pagan rites. Of course no such thing follows, but such is Puritan logic. Similarly, in the late 1500’s and early 1600’s, there were Christians in England who objected to the garment called the surplice. When participating in the services of Morning and Evening Prayer in Church, clergy, including choir members, normally wore a cassock (a black, floor-length, fairly tight-fitting garment) covered by a surplice (a white and fairly loose garment with loose sleeves). The Puritans objected to the surplice (a) as not mentioned in the Bible, and (b) as something that the Roman Catholics had worn before the Reformation, which made it one of the props of idolatrous worship, and marked anyone who wore it as an idolater. Archbishop Laud regarded the custom as seemly and fitting St. Paul’s admonition “Let all things be done decently and in order.” The Puritans thought differently, and violently interrupted services at which the surplice was worn. Under English Law, it was part of Laud’s office as Archbishop to maintain order and to punish offences against the peace of the Church. He made it his practice to proceed not only against poor and obscure offenders, but also, perhaps especially, against rich and powerful ones. In 1640 as the English Civil War was on, Laud was arrested on a charge of high treason. He was kept in the Tower for four years, and tried in 1644, at the age of seventy-one. He was found guilty, not because there was any evidence of his guilt, but because the House of Commons was determined that he should die. On the scaffold he prayed: “The Lord receive my soul, and have mercy on me, and bless this kingdom with peace and charity, that there may not be this effusion of Christian blood amongst them.” 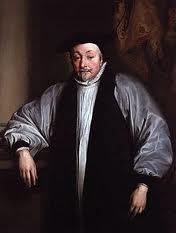