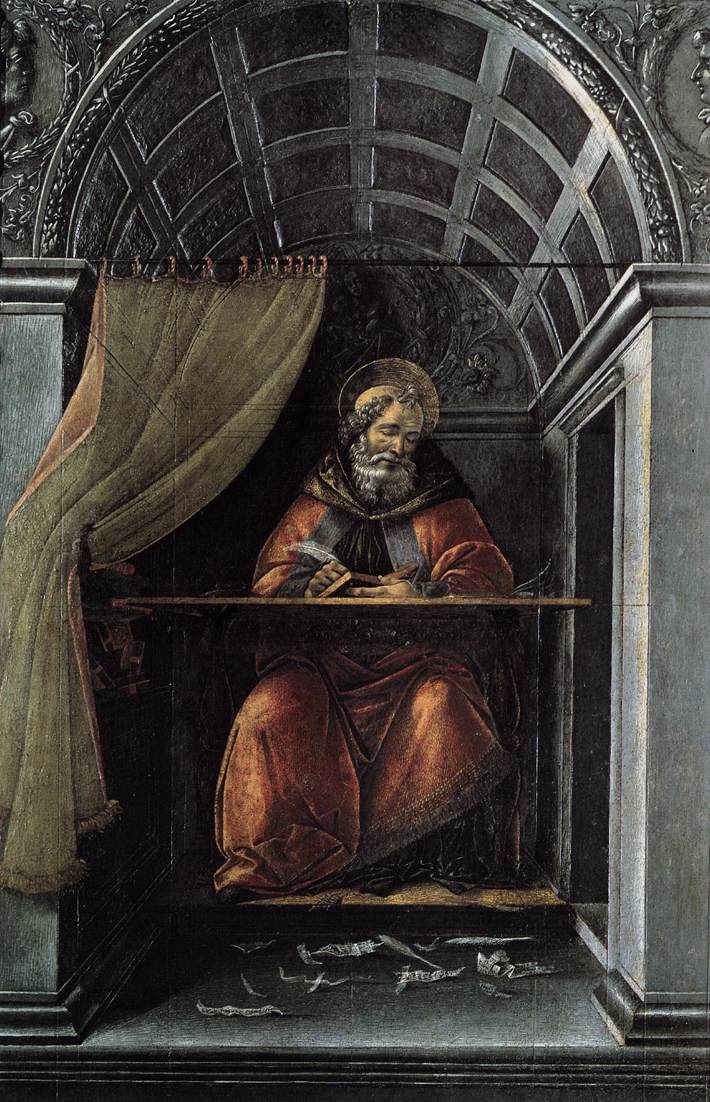 + Augustine was born in 354 in northern Africa. During his time as a teacher of rhetoric, he was caught up in the Manichean heresy and began to live a lascivious and immoral life. Thanks to the intercessory prayers of his mother, Monica, along with the godly guidance of Saint Ambrose, Augustine freed himself from these bonds and converted to Christianity. He was baptized in 307. Shortly after, he was ordained priest, and later he was made bishop of Hippo. His biographical work, Confessions, which charts his spiritual struggles, has been an instrument in bringing others to Christ. Both Protestants and Catholics revere Augustine for his formidable theological acumen, especially in dealing with early opponents to the Orthodox faith.

+ Known as St. Aidan of Lindisfarne was a missionary born in Ireland and he died 31 August 651. He is credited with restoring Christianity to Northumberia. Aidan was a monk at the monastery on the Island of Iona in Scotland and he was later called by Oswald the King of Northumbria to spread the Christian faith in his land. Aidan was a bishop of the Celtic branch of the Church – the Celtic or Irish branch distinguished itself from the Roman branch chiefly through the use of their own language rather than Latin, their dating of Easter and their system of penance. The monastery he founded with the support of Oswald in Lindisfarne continued to flourish after his death and continued to send out missionaries and found parishes. The Venerable Bede wrote a biography of Aidan’s life as a missionary and bishop.

+ Daily Mass is celebrated at 12:15 p.m. You and your family members are all remembered by name at the Altar of God every week. Please take an All Saints parish prayer list home with you & remember your fellow parishioners in your prayers!