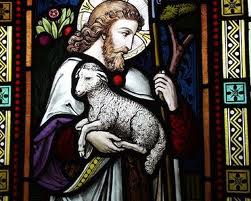 We have already seen in Chapter 14 of Luke’s Gospel that the leaders of Israel were cold hearted enough to refuse the healing of a sick man just because it was the Sabbath. The context of that event was a meal and the man was planted there to entrap Jesus. Our Lord rejected the Pharisees’ malevolence and he healed the man anyway. Then he told those gathered around the table two parables that focused on humility. Then one of the Pharisees blurted out:

“Blessed is he who shall eat bread in the Kingdom of God!”

Jesus responded to that statement with the parable of the Great Supper in which all the poor, the lame, the wretched and the outcasts took the seats of honor at the Messianic banquet while the leaders of Israel were excluded. After delivering that parable Jesus left the home of the Pharisee and we are told that large crowds of people, including the poor, the outcast, the miserable began to follow him. “If you follow me,” he said, “you have to give up everything that matters to you in life. You will pay a great price to follow me. Come to me and I will not cast you out. But count the cost.”

“Whosoever of you does not renounce all that he has cannot be my disciple.”

And the fact of the matter is that the more you have the harder it is to renounce it. The Rich Young Ruler walked away from Jesus because he had riches. But when you have lost everything, you have nothing to lose; when you have nothing you are nothing and you are completely humiliated. And if you are in a state of complete humiliation you will be spitefully and cruelly mistreated. Receiving such sinners and eating with them was proof enough that Jesus had no sympathy for the Pharisees.

For now let’s look at the two from the Gospel today. First he speaks to the Pharisees a parable about a man who discovered that out of his fold of a hundred sheep one has gone missing. The man takes action that Jesus described as perfectly natural and expected: he left the “ninety and nine” to search for the one lost sheep and he refused to return till he had found it. After recovering the lost sheep he returned home and called all his friends together for a celebration. His action seems a bit over the top, out of proportion, to the object of his celebration. What, after all, is one sheep out of a hundred? But that is Jesus’ point, isn’t it? The celebration and joy were all about one single creature. He then followed that parable up with another one about a woman who had lost one piece of silver out of ten. She lit a candle presumable to see better, she swept her house, and diligently searched from top to bottom until she found the one lost piece. And when she found it, she too called all her friends and neighbors over to celebrate. In each case, Jesus says, that there is greater joy in heaven over one sinner that repents. Jesus’ love and care for his Church extends to each member of his Church. Chapter 15 is brought to a memorable conclusion with the presentation of the Parable of the Prodigal:

“There was a man who had two sons…”

All these parables are meant to explain why Jesus welcomed sinners into his life. Why did Jesus associate with them? Why did he hang out with the most despised people in Israel, those who were well known to not to be living according to the Law, those who were beyond doubt not good Jews? These parables explain his behavior – which was a constant irritation to the Jewish leadership. But even though Jesus loved the people and welcomed them, he did not share in the activity of the sinners that he befriended. He told them to repent and he encouraged them to trust in God.

These parables reveal the heart of Jesus and his Father for the lost and the fact that it is God who takes the loving initiative. God has not abandoned them. It is God who searches for his own lost sheep.

Jesus’ love for the lost sheep stands in contrast to the Pharisees and scribes who continue grumbling and smearing him for not separating himself from these reprobates. And the fact that he did not separate himself from them was evidence, from the Pharisees’ point-of-view, that he was a man without standards, a man who was prepared to let the nation sink into oblivion for nothing but human trash.

But these parables are not about God alone. The contrast between Jesus’ love for people and the self-righteous Pharisees is meant to give us, his disciples, an example to follow. The righteousness of God is not attained in its pursuit, holiness does not glory in itself – but rather as we follow Jesus in his love for others, the righteousness of God overcomes us. God does not wait for the lost to find their way back to him. God is the Good Shepherd who pursues the world with his love. And among God’s tools for drawing the world to himself are the concern and love of the disciple of Christ. The greatest expression of God’s love for the world is his son Jesus Christ. And his work in Jesus continues as disciples embrace humility with regard to themselves and as they show love for others. Peter has some instruction for us on this matter:

“Finally, all of you: clothe yourselves with humility in your relations with one another because God opposes the arrogant and gives grace to the humble…”

Who is more arrogant than those who complained that Jesus spent his time with trash? We are called to be holy, but holiness begins by clothing ourselves with humility. The word used here for “clothe” is a verb that may be used to express the action of a slave tying an apron around his waist as he performs domestic work; which would include washing the feet of guests. As I have pointed out before, that servant was the lowest servant. It was degrading work. Humiliating. The kind of work no one else wanted to do. But it is the very work Peter could recall Jesus himself performing on the night he was betrayed. Jesus, the humble servant of God, took the lowly domestic slave as his exemplar for the ethic of the Household of Faith. Why not? These were the very people he embraced with all his love and in turn they embraced him. And that infuriated the Pharisees. If we are to follow Jesus and live the way he wants us to live we will learn Christian humility. Humility from a Roman point-of-view, and, frankly, today as well, is degrading. In the salad days of the Church throughout Asia and Rome, humility was considered servile, debasing and corrupting. Humility was considered a character flaw that indicated self-contempt and for that matter contempt for proper social order. From the point-of-view of their neighbors in the world, this Christian value of humility was discomforting and dangerous. Christians were promoting a quiet sedition, a rebellion against the ethics and standards of the present age.

Peter declares that the Household of God will not model itself upon pagan households and Paul declared that the Household of God will not model itself on the Pharisees. God’s offspring will not assimilate the values of any demonic-driven culture: the will to power, the domination of the weak, unbounded ambition that tramples upon the souls of competitors, favoring those we think are powerful! Absolutely not! Our model is the meek and harmless Lamb of God, the Shepherd of Israel who loves every single one as much as he does the whole. Holiness in our life together; holiness amongst our pagan neighbors, trust in God’s generosity, confidence in his chosen destiny for us, submission to his will, and the mutual humility of all our members – that will route the Devil and his attempts to absorb us into the violent banality of whatever present darkness we may experience. The little parishes all over Asia Minor that Peter and Paul cared for, so harassed and disparaged by their pagan neighbors, responded to the apostolic insistence to break clean of alien standards and to put on the Lord Jesus Christ. They took the Parable of the Lost Sheep to heart. And in doing so, these humble Christians turned their world upside down because they followed a man who

“receiveth sinners, and eateth with them.”