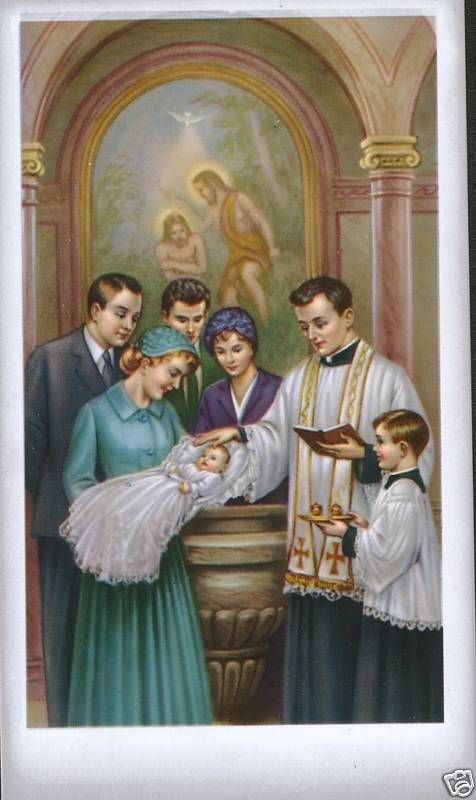 “I speak after the manner of men because of the infirmity of your flesh: for as ye have yielded your members servants to uncleanness and to iniquity unto iniquity; even so now yield your members servants to righteousness unto holiness. For when ye were the servants of sin, ye were free from righteousness… But now being made free from sin, and become servants to God, ye have your fruit unto holiness, and the end everlasting life.” Romans 6:19-22

Most of us have two or three people in our life who standout as mentors, giants upon whose shoulders we were permitted to stand for while. And from that perch, our personal horizons were stretched far beyond what we had ever imagined. I have had four men like that and one of the most important, as many of you know, was the American philosopher, Bernard Lonergan. One of his great attractions for me was his sense of humor and perspective that he probably acquired from his family. His great grandfather was a saloonkeeper, story-teller, and good Catholic in the village of Buckingham on the Ottawa River. His father was away from home most of the time because he was an engineer and surveyor who planned the railways of the Northwest Territories of Canada. His mother was the foundation of their home that included her spinster sister as well as Bernard and his two brothers. His mother was a pious Roman Catholic who said her prayers and the rosary three times a day. Bernard said his prayers too, but, being the grandson of a saloonkeeper, he also learned how to play poker. He taught his two younger brothers how to play and took all their money and only gave it back when they threatened to tell their mother. They say that when he taught theology at the Gregorian in Rome they had problems finding a lecture hall sufficiently large to hold the overflow of hundreds of seminarians that would happily stand the whole time to hear the teacher. Many of his books were actually study notes that he prepared for his students — first written in Latin and then later on translated. Bernard loved the Ottawa Senators, canoeing, and for some crazy reason, Goldie Hawn’s movies. He was a great theologian whose true vocation was to teach us how to appropriate our God given-gift of human understanding. “Centuries are required,” he once wrote, “to change mentalities… you don’t get a change in mentality by introducing a few fads.” Lonergan had no time for quick fixes, laziness or dilettantes. Theology is an intellectual task that is 20% reading and writing, and 80%  prayer at the Baptismal Font, at the Altar, in the Pulpit, in the Nuptials, in the sick room, and in the confessional. Parishioner and priest are fellow-worker whose labors of love requires a life-time, many life-times, to accomplish, till death us do part for a little while. Not only individuals, but communities, movements, nations of people, epochs, and the Church, are formed by a mentality, an attitude toward life, an account of what is true and how it is known, as well as what is worth one’s self-sacrificing attention and time.

But a better ending to that story is possible. Allow me suggest some lines from T.S. Eliot’s East Coker:

“… And what there is to conquer

By strength and submission, has already been discovered

Once or twice, or several times, by men whom one cannot hope

To emulate — but there is no competition –

There is only the fight to recover what has been lost

And found and lost again and again: and now, under conditions

That seem unpropitious. But perhaps neither gain nor loss.

For us, there is only the trying. The rest is not our business.”

I am suggesting that in order for us to grasp and appropriate the true, the good, and the beautiful that the Church of Christ offers her children, we must try to  “recover what has been lost and found and lost again and again.” And maybe the best we can do is to try again and again, realizing that though these are not rosy times we live in, they are our times, and we are fit to be attentive, intelligent , reasonable, and responsible to God and to one another and get the job done.

I want to apply this to our understanding of Scripture and our life together in this parish as we work at doing God’s will. There are mentalities, attitudes toward life, habits of thought and action that enrich and develop our grasp of the Scriptures, that led us to consecrate our common life as we enter into common and fruitful pursuits for Christ and his Kingdom. But there are also mistakes, oversights, biases of the mind, and blind spots that degrade our understanding of the Scriptures, of one another, of our destiny and they misdirect our common life toward fruitless and false pursuits. That is why our work is collaborative and realize that our collaboration is not only with one another, but with all the saints. Look at these icons around here — that your extended Church family, there are our collaborators because we are in the same Church they inhabit. We are in Church that was not started by a man or a group over in Europe or England a few hundred years ago. We are a parish of the Anglican Province of America, a jurisdiction that possesses Apostolic Succession and orders that go right back to the Apostles and through them to Christ himself. Our Faith and Practice is the fruit that proceeds directly from the Old and the New Testament, the Seven Ecumenical Councils and the Sacraments of the Undivided Church of the first eight centuries.

I have been a priest for thirty years and thirty years of reaching up to the Scriptures, celebrating the Sacraments, baptizing babies, burying parishioners has taught me that the Catholic Parish inhabits a horizon whose distant boarders I have never seen — unless I count reading the Revelation. And I know that those I have buried are precious in the sight of Almighty God, “washed in the blood of the Immaculate Lamb,” and now they set free from every bond of sin, and they are living with the Blessed Trinity and all our brothers and sisters in the Paradise of God. That reality continues to change me because, simply put, the Scriptures, the Church, the parish, and her Sacramental life are always beyond the horizon of the interpreter, the preacher and the parishioner. Which means we will never stop growing.

Now no one is comfortable with the space between experience and understanding, the time between reading a text or puzzling over a practice like Infant Baptism and grasping the meaning of the text or the practice of the Church. And it is especially uncomfortable if some cherished belief or habit is being cross-examined by a closer and better reading of Scriptures. What people tend to do is eliminate their angst by applying an overarching interpretive principle that will make sense out of the texts or practice even if it requires a little squeezing. Squeezing is the way decline may begin. Let me provide you with an example of squeezing the text that I grew up with in the Baptist church my family attended.

What I mean is the mistaken understanding of salvation referred to as, “justification by faith alone.” That error was and probably still is the dominant theme of most American Protestant Evangelicalism  Simply put it means that “Justification is an act of God’s free grace, by which he pardons all our sins and accepts us as righteous only for the righteousness of Christ which is imputed to us and received by faith alone.” Understand this: nothing really happens to the Christian. According to these folk, when God looks upon you he does not see your sins, he sees only Jesus’ perfect life of obedience. You are just as sinful as you ever were and in fact you are a lot worse than you think and you will be sinful till the day you die. But you are justified, saved because you have placed you faith in Jesus’ death on the Cross. It is a transaction — you place your faith in Christ taking your place on the Cross and God will ignore your sins. And yet St. Paul declared in the text for today:

“But now being made free from sin, and become servants to God, ye have your fruit unto holiness, and the end everlasting life.”

The problem is that justification by faith alone, understood as mere imputation, is not reality. If one forces a text to say what one want it to say, the text might as well be invisible. But the text doesn’t have to remain invisible. You can consciously, intentionally be attentive, intelligent, reasonable, and responsible to the text. If one reverses the standard American evangelical procedure and permits the texts of the Bible to speak from within their own context, in Israel’s context, in Jesus’ context, in Paul’s unconverted and converted context, what one discovers will sound at first like a disconnect and probably even dangerous to folk committed to the concept of justification by faith alone. One discovers in Paul and Peter, John and James a radical reinterpretation of election, as well as an embarrassing and potentially offensive reappraisal of Israel. One will discover that Paul did not recommend Abraham as a mere example of faith or even the prime exemplar of faith, for us to follow, but more profoundly, the future of the world and our salvation is in the man Abraham. One will also confront the strange notion that Jesus’ life’s work was not to live a perfect life obedient to the Law so that he could be the perfect sacrifice for sin. But rather Jesus completed, reinvigorated, and brought to finality the covenant God made with Abraham. Jesus is Abraham’s Elect Seed and his election, which is what election is all about, was perfected on the bloody cross of Calvary. Instead of a legal transaction based on the American legal system, one discovers the peculiarity that, “justification” in fact means, “being in Abraham” and being “in Christ.” And you know this well, I participate in Abraham only because I “participation in Jesus the Messiah.” We Gentiles are branches broken from a wild olive tree and grafted into the Olive Tree of Israel which enables us to feed upon the richness and fat of Abraham – and that mighty grace, our grafting is accomplished through holy baptism. This has nothing to do with making a transaction with God, it has everything to do with God, providing a shelter from the storm, a home for his children, a Temple we know as Holy Mother Church. Bernard Lonergan, his pious mother, he too frequently absent father, the brothers he once cheated in poker, my mother, my father, my brother, all our loved one, and all the parishioners of All Saints gone before us, according to the writer of the Hebrews depicted as a mighty cloud of witnesses, cheering us on, praying for us, loving us, and waiting for us. God pledged his troth to Abraham with the intent that all the families of the earth may know and love God through Abraham’s family. According to Paul, anyone in the world may have and hold, may love and cherish God and his promises when they come to know Jesus, the Messiah of Israel of God.

“But now being made free from sin, and become servants to God, ye have your fruit unto holiness, and the end everlasting life.”